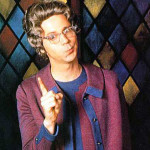 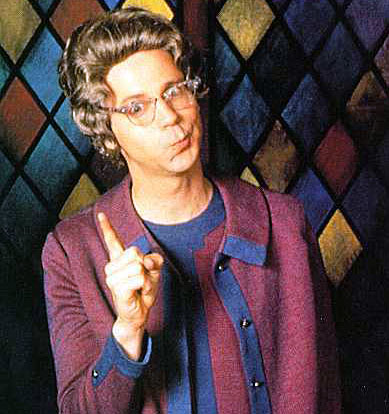 Before I get to my somewhat meager haul from this weekend, I have a story to tell. A church lady story, to be specific. So you might want to grab some coffee and a snack, it’s kind of a long one…

First off, let me say, I love going to church rummage sales. There is usually good stuff to be had (at good prices!), the volunteer workers are almost always friendly, and sometimes there are brownies! What’s not to love? But, this weekend I had a run in with a grumpy church lady that I just have to share…

If you go to church rummage sales yourself, you know that you have to take something with you to haul your stuff around in while you shop. Most people bring bags, I have a cardboard box with handles. I have several of them, actually – I use them to shop at estate sales too. Usually I get comments on how smart my box strategy is – people always tell me I “look ready to shop”. Which I am, of course. ;)

I’ve shopped, with my box, at this particular church sale for years. It’s a good sale that I always look forward to, and I have high hopes for it every time it rolls around. I got to the sale when it opened, and I was a woman on a mission – I had my game face on, people. You can’t mess around at big sales like this one, the good stuff gets snatched up pretty quickly!

So I made it through the door to the main room, and was heading toward the first row of tables, when I heard someone yell from behind me something along the lines of “You aren’t allowed to have that box!”

Say huh? So I turned around and told the lady that I brought it from home. I’ve had workers think I’ve snatched the box from somewhere in the church before, so I figured that was what she was talking about. Alas, it was not…

She came up to me and grabbed one end of my box in an almost supernatural death grip. She had a stack of bags stuck under one arm, and a stack of papers with numbers on it in her other hand. At this point I am really confused – what in the world is this lady up to? She says to me that she is going to take my box, give me a number, and I can pick it back up at the end of the sale.

So of course I was like, “How am I supposed to shop?!?”. I mean really, did she want us all to just carry our stuff around in our arms or something? The rest of the exchange is a bit confused and fuzzy in my mind, because my adrenaline kicked in and I was literally fighting with this lady for my box – her hanging onto one end, and me hanging onto the other, refusing to let her have it.

I was actually relatively calm until she told me she didn’t want me to have the box so that I couldn’t fill it up and walk out “like everything in it was mine”. Implying that my goal was to steal. Really? REALLY?!?!

I don’t even know what I said in response to that little gem, but it was right after that that she called out to the other workers sitting at the checkout tables, telling them how I was daring to want to shop with my box. Luckily, they seemed to be a bit less militant, and said they didn’t see a problem with me having it.

So, she took the slip of paper back out of the box and finally let go of it. I said – “I’m sorry that I look like a thief.” Because basically that is exactly how she was making me feel with all this crazy box drama! She mumbles something like no, you don’t look like a thief, but I was already walking away from her.

Now, I was so pissed off I spent the next 10 minutes or so wandering around the tables, not able to concentrate on shopping. NOT GOOD – I had already wasted time dealing with the lady, and I ended up losing even more time by not being able to focus. All the good stuff was disappearing, and NONE of it was going in my hard won empty box!

Right around the time I started to calm down, I heard the lady somewhere behind me – she said “Well this was a mistake!” and starts calling out numbers, asking people if they want their bags back. Apparently I wasn’t the only one to give her shit over it – and she finally admitted defeat. I have no idea if this was her plan, or if someone above her thought it was a good idea for some unfathomable reason, but she finally threw in the towel…

Hopefully it’s a lesson learned, and they won’t try to bother people like that again. We are there to spend money – let us do it! Geesh.

I ended up leaving with 3 things, by the way. Usually I at least stuff my box full, once if not twice. I probably could have just went with my first instinct, which was to get the hell out of there without shopping at all, and saved myself the time and stress. But, at least I was able to get SOMETHING for my ordeal… 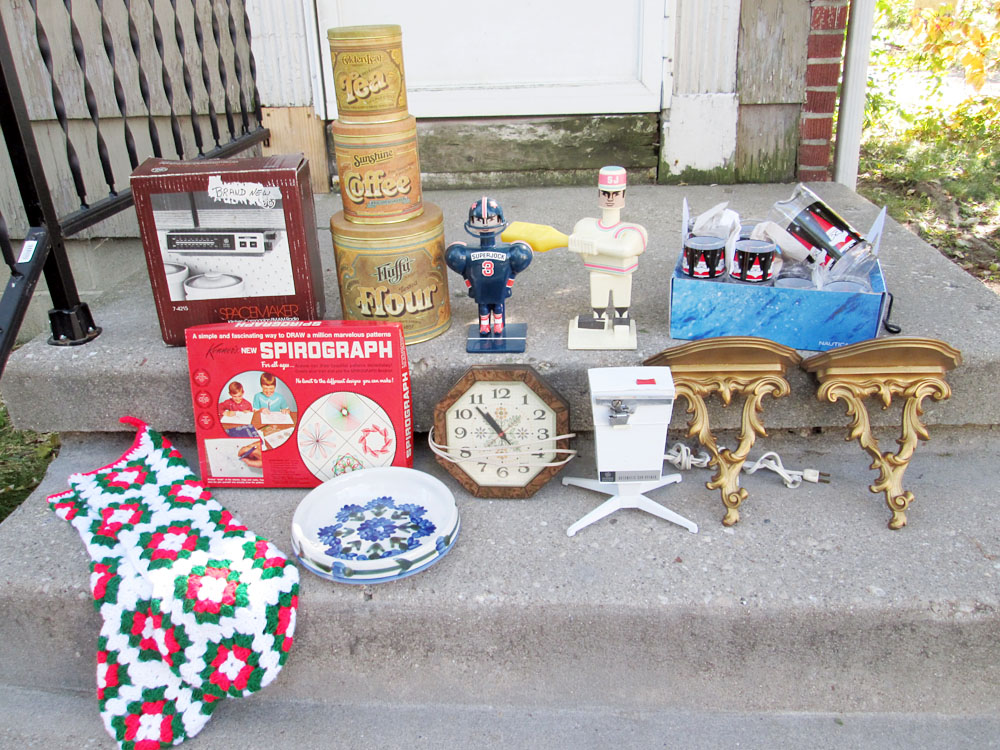 Ok, enough of that – thanks for letting me get it off of my chest. ;) Let’s get to the fun part and check out what I got! I went to a couple church sales, a couple estate sales, and a few yard sales in total… 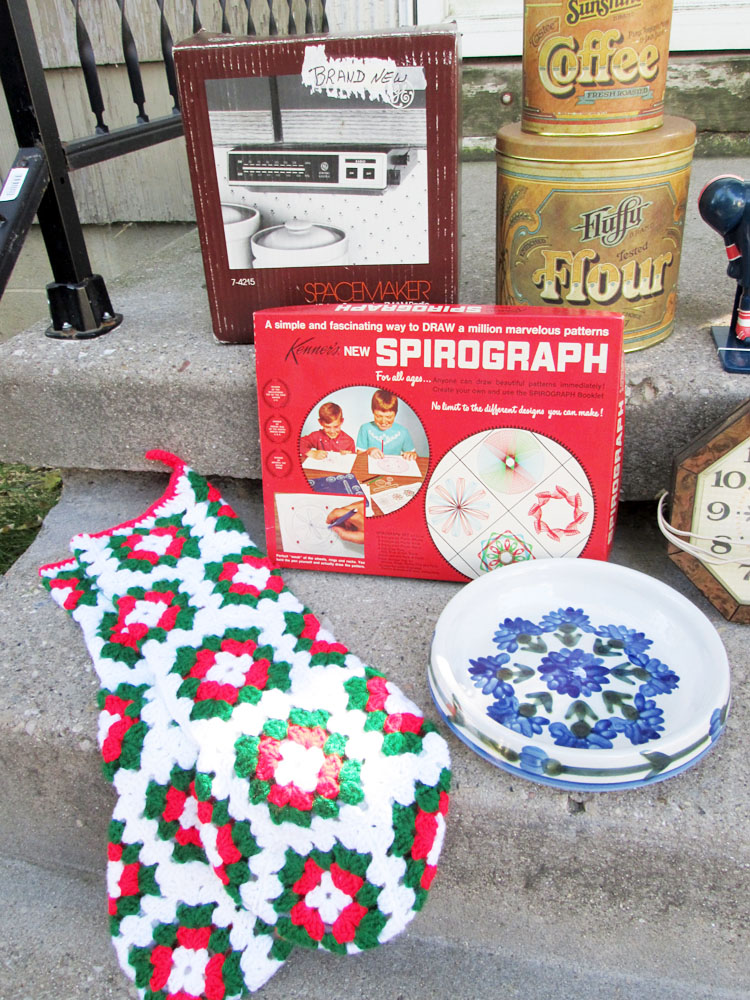 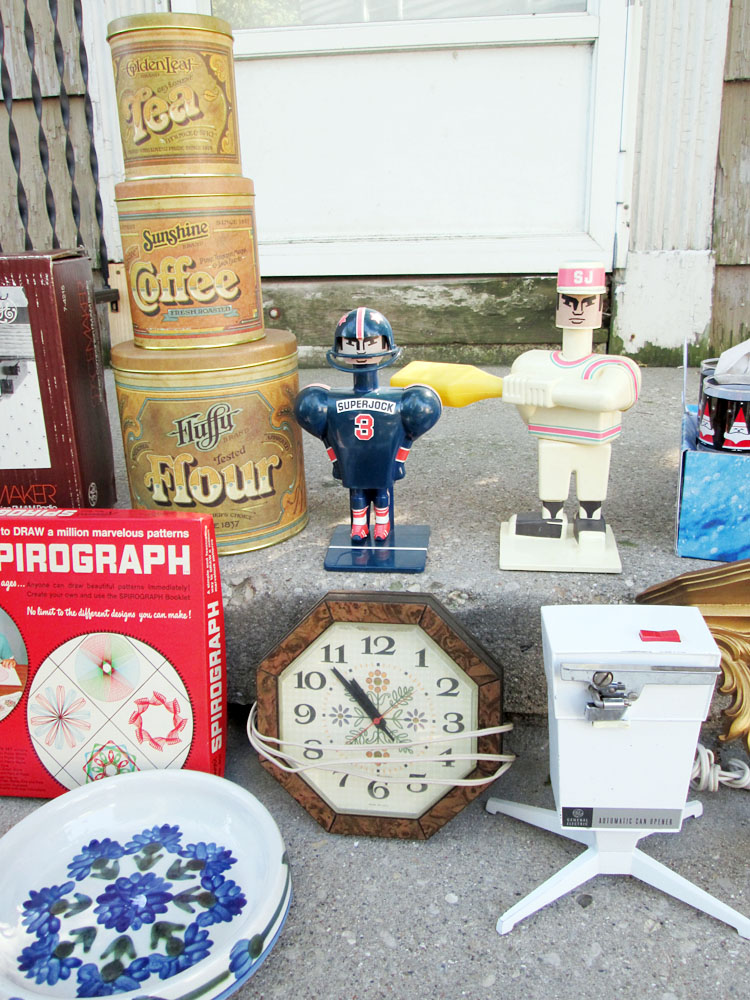 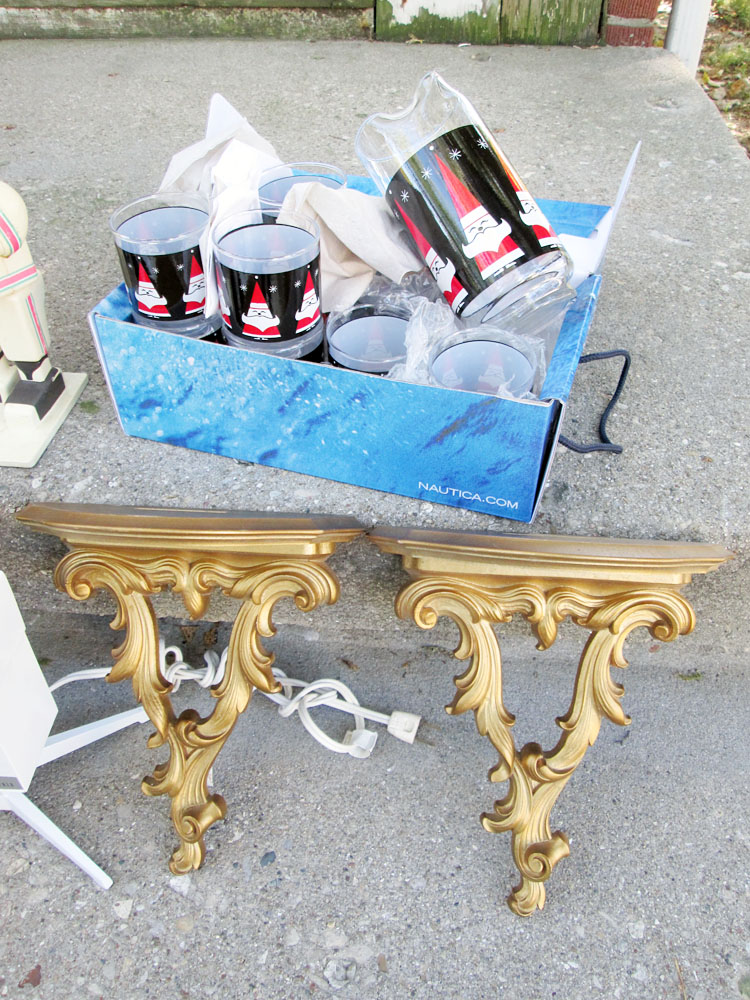